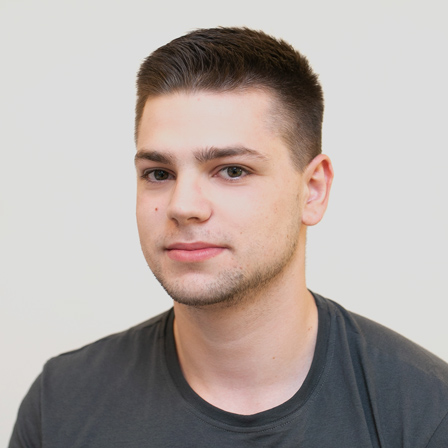 Josip is our Frontend Developer and his main task is to transform the design file he receives into a new product based on the customer’s needs.

He likes to work with UI as well, with a particular interest in animations that can transform a regular website into something that leaves users speechless.

Josip graduated in Electrical Engineering in Osijek, with a major in Informatics, and thus acquired the title of a Computer Engineer. Previously he worked as a Computer Science teacher, but after a few months, he realized that the job was not fulfilling. Luckily, he joined us on the Frontend crash course, and now he is on his mission to use this as an opportunity to further grow his knowledge and skills.

Josip likes to spend his free time mostly doing some sports outdoors or indoors. Or he relaxes by watching a good movie or TV show. He is a huge fan of Marvel, so if you think DC is better than Marvel, Josip will gladly explain why you are wrong.

Looks like Josip Ouzecky hasn’t written any posts yet.
Tell us about your project