We are proud to share that our lovely client Zee & Co, an independent fashion retailer operating from the UK, but selling globally through their Magento online store, won Best Mobile eCommerce Award 2019 at prestigious eCommerce Expo & Awards ceremony in London this Wednesday (September 25). Read on to find out more about these awards and how we helped our client get there.

About The eCommerce Awards 2019

The prestigious event, now in their eleventh year, is owned by CloserStill Media who are the organizers of eCommerce Expo, in association with IMRG, the UK’s online retail association.

Placed at the Marriot Hotel Grosvenor Square, The eCommerce Awards for Excellence has consistently broken new ground in highlighting some of the very best online retailers, online companies, agencies, innovations, products, and campaigns the eCommerce industry has to offer. Some of the previous attending companies have included: American Express, ASOS, Red Bull, Sony, Mastercard, and others.

To remind you, Zee & Co were nominated as finalists in 3 categories:

Results speak for themselves, Zee & Co has achieved a 275% increase in turnover a five-year period (2013-2018) and was named in the top 50 internet growth companies by Internet Retailing. In addition, 72,8% of their total revenues are now coming from mobile devices. Also, we have to mention the growth of 141% in unique purchases.

They were among the first adopters of mobile and responsive website development among similar industry retailers. Over the past several years, their mobile revenues surpassed those from their 4 physical stores combined, and they are now offering a truly seamless omnichannel experience for their customers.

Zee & Co and Inchoo – Our Story 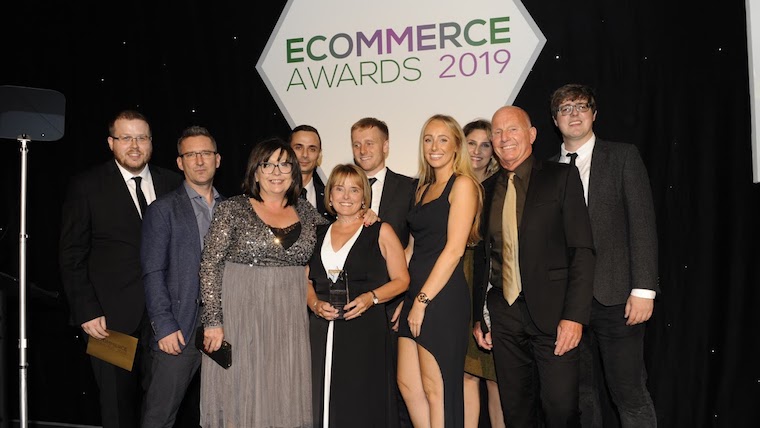 Zee & Co initially approached us in late 2012 looking for an eCommerce solution partner to implement a mobile theme on their existing online store. Together we have redesigned a fully responsive website and worked on continuous UX optimization, which has resulted in substantial improvements.

Over the years we have established a strong relationship with our client’s team, led by Joann Johnstone, Zee & Co’s Operations Manager. We’re tackling all the challenges of running a highly dynamic eCommerce business as theirs (fashion is a fast-moving industry) together.

We view Inchoo as an extension of our own eCommerce Team and a true business partner. This relationship has allowed both companies to thrive in sometimes difficult trading periods.

We’re happy to see our ongoing work on optimizing eCommerce experiences for our clients gets recognized in such a huge event. Congrats to Zee & Co, and a massive thank-you to our hard-working Inchooers, also many congratulations to all other eCommerce Awards 2019 Winners.

Would you like to be among the winners in 2020? If so, visit our services page and learn more about what we offer.