Ten years ago, Croatian Commercial Court published a statement that Inchoo is registered as a legal entity. Oh boy, it was an adventure since. That 2008 was very exciting for the eCommerce ecosystem. Recession was in the news all over the world. Many businesses started to optimise their costs and many merchants opened their online sales channels. On top of that, many new eCommerce businesses started to appear.

That was a year when Varien published Magento 1.0., which overtook leader position in chaotic eCommerce platform wars very soon. In the next few years, there were numerous online stores moving from osCommerce, ZenCart, CRE Loaded and other platforms to Magento.

Back to Inchoo. Here are some starting challenges company faced at the start:

However, I had some eCommerce development experience working with platforms like osCommerce and CRE Loaded, I had some business development skills since Inchoo was my second company and I had huge willpower. It was time to define three pillars on top of which we will build a company. These are still active:

Here is the brief timeline of highlight moments.

On this day Croatian Commercial Court sent a statement that Inchoo is a registered legal subject. At that time, we had no office and I was the only employee, working from home. Inchoo had a strong relationship with US company called Surgeworks and we built a few eCommerce projects together. First online store was not on Magento, but CRE Loaded – osCommerce fork that was very popular at that time.

Very soon, we made a first hire – Branko Ajzele. We were still both working from our homes and once a week we met at some coffee shops to coordinate activities.

After many weeks of work, our 1st Magento project hit the Web: TeraFlex Suspensions. It was Magento & WordPress integration and these were quite popular and and in demand at that time.

We moved to the first office

Working from home didn’t work out for us, but that was never a plan. We used the money we earned to rent a very small, one-room apartment with enough space for 4 people. That was our first office.

We moved to the second office

We were hiring fast these 2 months and our first office became small in just two months. So, we moved to the second office. This was a larger, three-room apartment. 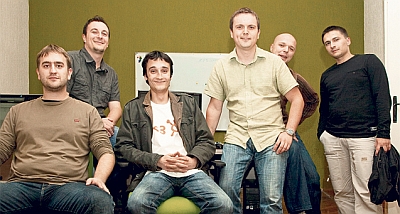 We finished our first year with 6 employees: Tomislav Bilić, Branko Ajzele, Toni Aničić, Ivan Kalaica (iOS developer), Željko Prša and Ivan Weiler. I’m happy to say that half of them are still in the company.

No, no. It was not a Magento event. We went to a great eCommerce conference called “Etrgovina“ which took place in Palić, Serbia. 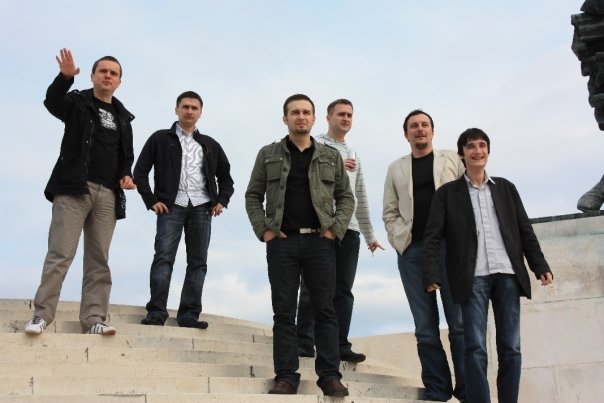 We moved to our 3rd office

Team expansion continued to this year, so it became apparent that we will need an even larger office, so we moved to the third one. We stayed in this one for many years.

We grew to 11 employees by the end of the year. Our website had over 200 articles which brought us over 250.000 visitors. We built a couple of Magento stores. Some of them had WordPress integrations.

For a few years, we tried to publish Magento comics called “The Inchooers”. The goal was to share some fun situations from our everyday work life with our Magento developers.

“We just sold another one!”, cried Dan Stuart after 25 people ordered “AED 50 for AED 100 Worth of Authentic Lebanese Cuisine at Mashawi” deal. Only few hours later the deal was sold 66 times.

It was about time to attend our first Magento conference. Since it was in Mallorca, Spain, it was obvious we had a blast. We were featured with a talk by Branko “Clone Yourself: How to Effectively Share Magento Knowledge with New Developers”

New design was introduced with the main objective to let the world know that we design at the same level of excellence as we code.

By the end of the year, we had a team of 30 employees, working in 3 offices on 2 continents (Osijek, Novi Sad and Sydney).

On this day, Inchoo took part in organising a meetup called “Grab an IT job“. This was a day when Osijek Software City movement was presented to the public. A year later, OSC became a non-profit association.

This was time when everyone talked about X.Commerce. Nobody actually knew what it was. Conference had an unclear direction, but it was great fun to be in Las Vegas.

When your client wins an award for the best eCommerce site in their country, that’s something remarkable. Sheeel.com, a daily deal website based in Kuwait, operating in several other countries, is about to receive the Kuwait e-Award from the Emir of Kuwait later this week. Read on for an interview with our client, Nasser Al-Sabah, talking about his business and experience of working with Inchoo.

It was about time to refresh our visual identity.

We hired Marko Brisevac, web designer and entrepreneur who joined Dino Balen in forming a design team at Inchoo. This was the first time Inchoo had more than one designer.

For the first time ever, Inchoo had a talk outside of Europe. We couldn’t imagine a better place for it then Meet Magento New York. Our Lead Frontend Developer, Hrvoje Jurišić talked about Responsive Web Design

Inchoo won The Best SME in Eastern Croatia award on the final event of this year’s “Business Take Off” project organized and managed by national business newspaper and portal Poslovni dnevnik and Croatian Ministry of Entrepreneurship and Crafts.

Being a Google Partner means that the Partner company itself is strong enough and able to keep up with fast Google trends.

Our ever expanding team has been all over the world – counting 9 international conferences and 26 Inchooers representing us. We even had 8 speakers spreading the word on the latest in the Magento community. Giving back to the community is something we always look forward to and continue to do every year. 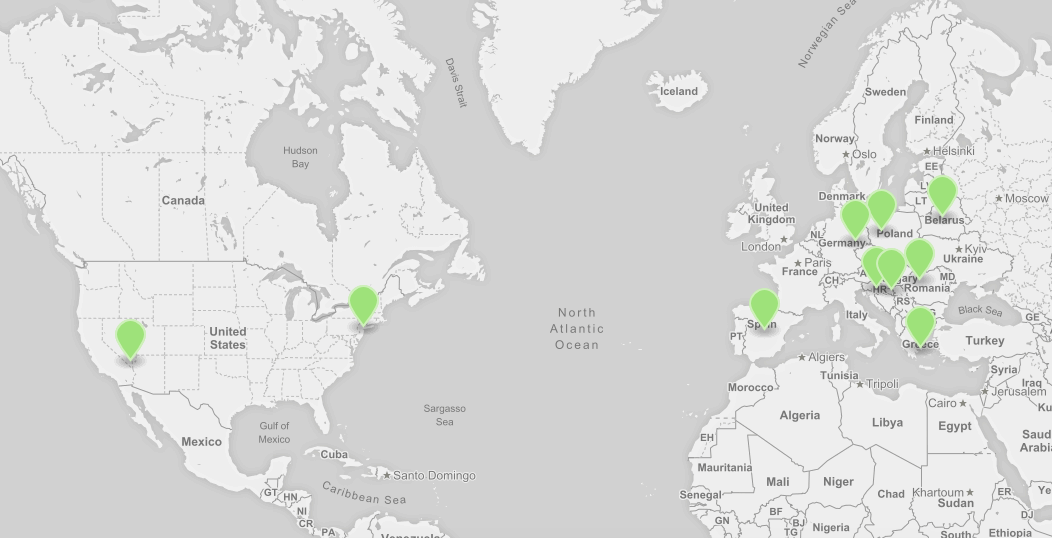 This was the biggest event we organised so far with 235 delegates. As you probably know by now, DevParadise is an annual conference of (Meet) Magento Association aimed specifically at Magento developers and this year it was organized by us and held in Opatija from April 25th – 28th. The idea is to have “Lots of code and fun in the sun” and we had plenty of it for sure.

We got inchoo.com domain as a gift!

We moved to the new office. Finally!

Every one we had before was a place we enjoyed working in. This time around it was different. We have a place that inspires us. Not because it’s newer, shinier or bigger than every other we’ve been in. It’s because we’ve been working on this one for the last 7 months, like a team, approaching it as we would to any other project. Every person could, and was invited to, comment on the ideas we shared among ourselves. That’s what makes this office so great. Every detail is a team effort. Every room has its story. Every person roaming this space can say: Yes, this feels right. Like a place we enjoy working in.

After all the feedback we’ve received from #MM17HR delegates, we can proudly say that we are more than satisfied with first Meet Magento Croatia event. On March 17th and 18th, for the first time in Croatia, in Inchoo’s hometown Osijek, we were honored to welcome over 200 delegates from 18 countries and 5 continents!

After 9 years in business, Inchoo won The Golden Marten Award (Zlatna kuna), traditionally given to the most successful local companies by the Croatian Chamber of Economy. We received it as the best small company in Osijek-Baranja County.

Inchoo is a Sylius Solution Partner

Magento 2 positioned itself higher on an SMB scale and this created some new gaps/needs in the market. Now, we’re working with three platforms: Magento and Sylius, and we feel that these are not direct competitors. Each one has a specific niche to fill.

I would like to thank each of 57 Inchooers who are currently in the company but also those 50 to whom Inchoo was a passing station. All of you contributed and made this company what it is today.

Big thanks goes to all of our clients who trusted us. We think of you as our friends and hope that we will bring you further success.

Thank you, Magento! Although we are not very happy where the platform is going now, you surely play very important role in our growth.
And thank you all of our friends and supporters who were following us all these years. We hope we will inspire and amuse you in the years to come.

Tomislav is a founder and CEO at Inchoo. Enjoys traveling - especially quick getaways, traditional cuisine (from most cultures), good wine and strong rakija.